Your Drupal 8 to Drupal 9 upgrade will be "insanely" smooth.

So they say... With Drupal 9 built in Drupal 8, all there's left for you to do is to remove all deprecated API from your website.Easier said than done...Just imagine yourself fine-tooth combing your codebase to:

But what if you could automate deprecated API use removal from your Drupal site?

You can, actually, with Rector-Drupal.

Let's dive into more details on this automation tool for Drupal 8:

Before we dig into Rector for Drupal 8 — what it is and how it makes your life easier —  let's see what's the current way of identifying and removing deprecated code in your Drupal projects:

Note: if there are multiple instances of one deprecation, you'll need to address it for each and every occurrence.

In short: updating code to get your website Drupal 9-ready — fixing all the errors, removing all the deprecations —  means a lot of manual and repetitive work.Not for long, though:

You now have Drupal-Rector to automate the whole process.

2. From Rector to Drupal 8 Rector, to Drupal-Rector

Drupal-Rector, the Palantir's tool for automating code updates and streamline the Drupal 8 to Drupal 9 process, didn't come out of anywhere, you know.

"A reconstructor tool- it does instant upgrades and instant refactoring of your code." (Github.com)

It's designed (by Tomas Votruba) to automatically: 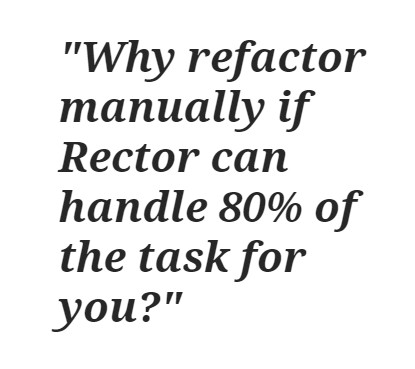 “... the missing bridge to enable automated code upgrades from Drupal 8 to 9” (Palanatir.net)

As Rector didn't yet have any support for Drupal 8, Dezső Biczó at Pronovix decided to build Rector for Drupal 8. 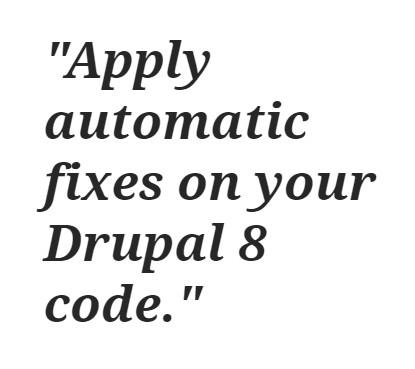 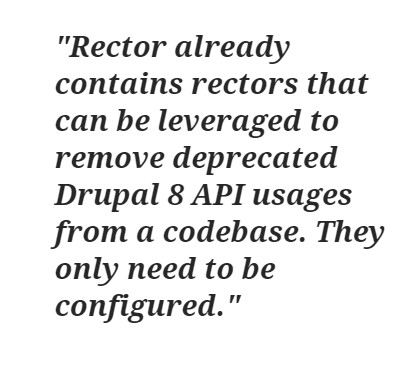 The Palantir team took over from there and introduced their own version of the Rector for Drupal tool.

It comes as a set of Rector rules:

Each rule will upgrade the code corresponding to a specific deprecated API in use on your Drupal website.

The 2 obvious benefits of using it on your Drupal projects, as you get them ready for the Drupal 8 to Drupal 9 upgrade, are:

3. How Do You Use Drupal-Rector?

They have a step-by-step guide on Github on how to set up your code updating process using this automation tool: 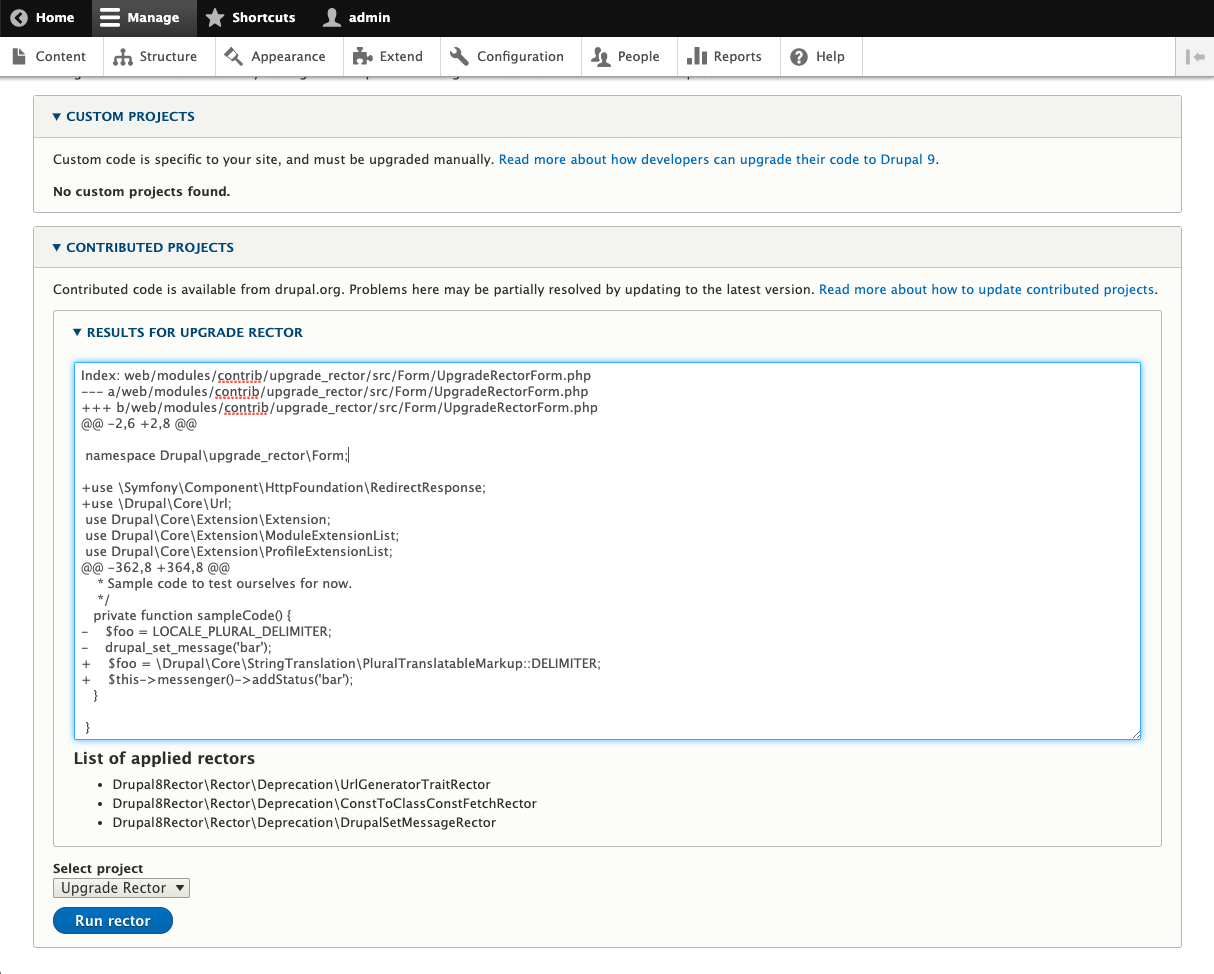 Source: Drupal.orgAs simple as that.

4. Why Incorporate Drupal-Rector into Your Drupal 8 to Drupal 9 Upgrade

Or specific use cases where Drupal 8 Rector/Drupal-Rector turns an otherwise tedious (100% manual) process into an... automated one: 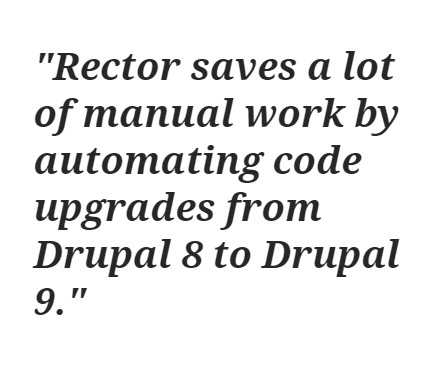 Source: Palantir.netIn short, by using Drupal-Rector you get to automate (or at least semi-automate) code upgrade to Drupal 9.

In other words: what should you expect from this tool in the nearest future?

First of all, you should know that Drupal-Rector's meant to be a set of Rector rules, but, it includes one rule only, for now: drupal_set_message. The Palantir team's plan is to create 15 rules standing for the most common deprecations in Drupal 8. 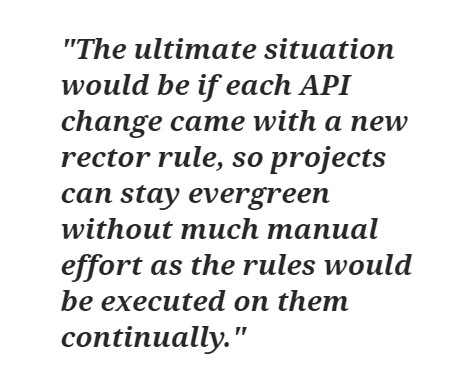 What do you think of this automation tool aimed at jump-starting your Drupal 8 to Drupal 9 upgrade?

Have you used it? Would you use it?

Do you find it effective enough to run automated code updates on your Drupal 8 website?Are there any specific code error or deprecation issues you wish it addressed?Photo by Danial RiCaRoS on Unsplash