Just imagine: an app that runs on any platform, on any operating system... Cross-platform hybrid app development is a way too tempting trend to resist these days. But then you ask yourself: React Native vs progressive web app, which one to use?

How are they different more precisely?

What are the pros and cons of choosing one over the other?

When would you use React Native over a PWA and vice versa? What are their typical use cases?

Now, let me get you some answers:

1. What Is a Progressive Web App?

They deliver app-like user experience, even though they're:

So, users don't need to download the PWAs in order to use them on their PCs, smartphones, tablets, etc. Opening an URL in the web browser is enough.

What are the key benefits of progressive web apps for your business?

Why are progressive web apps better than... native apps?

To help you solve your "React Native vs PWA" dilemma, here are some of the strongest advantages of using a progressive web app

And it's only but obvious how, since:

Just think about it:

Your PWA will run on all web browsers, devices (connected to the internet or not), operating systems, and mobile platforms.

A wider audience with fewer costs...

2.3. It frees you from the app stores' approval guidelines

Your PWA is self-hosted online. Anyone (with or without an internet connection) can access it instantly, with no need:

2.4. It enables you to reach out to users with poor (or no) internet connection, as well

Your PWA will keep its functionality when offline.

2.5. It spares users from the need to manually update their PWA

Each time you apply a change, the app will update itself automatically, in real-time.

Your PWA caches the key content elements on the first use, then loads them instantly upon the following uses.

Since a PWA is easier to develop compared to cross-platform or native mobile apps.

So, if you need to launch your app quickly and to reach the largest audience possible (with and without an internet connection, Android and iOS users, etc.) a PWA is your best option.

Which comes down to having just one codebase to maintain.

3. React Native vs Progressive Web App: Are There Disadvantages to PWAS?

Yes, there are a few downsides to using a progressive web app. Here's a shortlist of the most... discouraging ones:

... compared to a native mobile app. And this can be a big turn-off for users.

The reason behind this inconvenience is simple:

Since PWAs are web apps, mobile devices are challenged to process web code. This requires more processing power for analyzing and interperting it.

3.2. It's not compatible with some outdated browsers

... and with legacy devices

3.3. It doesn't integrate with social media platforms (and other apps)

Again, a big turn-off for users used to stay connected to their social media accounts 24h/day.

3.4. It doesn't trigger notifications on iOS

... like it does in the web browser, for instance.

PWAs are still relatively new, so there is software that doesn't support all its features.

3.5. It doesn't support the latest hardware

And so you cannot incorporate in your PWA many of the hardware features that mobile users are already used to.

4. When Should You Use a Progressive Web App?

In other words, what are the typical situations that call for a PWA?

5. What Is React Native?

For you can't expect to ever solve your "React Native vs progressive web app" dilemma if you don't have a clear idea of how each of them works.

React Native is one of the most popular frameworks used for developing hybrid, cross-platform apps.

Other key "details" to know are:

6. Why Would You Want to Use React Native for Your App? 5 Main Reasons

6.1. You get to use the same codebase to build Android and iOS versions for your app

In short, you have a unique codebase written in Node.js with backend or web.

6.2. You benefit from its near-native performance

React Native uses native components (and resources), which bubbles up to the user experience.

In other words, React Native apps are just... fast.

6.3. Your React Native app will have a near-native look and feel

Its component-based structure will reflect in your app's amazing UI. 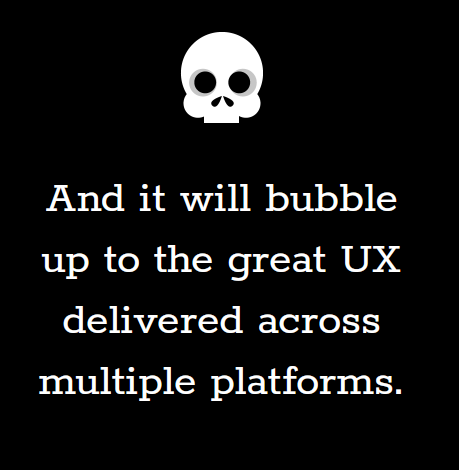 6.4. PWA vs React Native performance: You get to develop your app much faster

And there are a couple of key factors that help you streamline your development process:

6.5. You benefit from the great developer experience that it provides

And I'm thinking here about aspects like hot reloading, predictable, and declarative UI...

7. What Are the Main Disadvantages of Using React Native?

Now that you have your list of top reasons to choose React Native for mobile app development, let's go through some of the downsides of using it, as well:

Which might counterbalance the benefit of the short development cycle.

7.2. Security parameters are still being tweaked and embedded

You might want to consider this aspect, too, as it can raise certain security concerns about this framework.

Even though it's being used by global startups.

7.3. Its dynamic development environment can get quite challenging

Your development team needs to remain alert lest they should miss any of the latest changes applied to the framework.

And updates do get rolled out constantly in React Native...

7.4. You'll need both native iOS and Android developers in your team

"Developers" to write the code needed so that your app accesses the accelerometer and camera and triggers push notifications.

8. When Should You Use React Native?

The never-ending "React Native vs progressive web app" debate revolves around specific use cases, as well.

So, when is React Native your best option?

When should you think twice before using React Native?

Now, is it any clearer to you whether your scenario — the type of app that you're building, the must-have app features, the constraints that you need to consider — calls for a PWA or a React Native app?

Image by Tumisu from Pixabay